Joo Ri never knew what it felt like to be envious of others as a child. Growing up in Pyongyang, daughter to a supervisor at the Ministry of Industry, she had no idea that life could be filled with anything but laughter and happy memories. Even after losing her parents at an early age, her father's name and position were enough to keep her going to the best schools and within the right circles in Pyongyang. After falling in love right after completing her army duty, she decided to get married and move with her husband back to his hometown near the North Korea-China border. Even though she was leaving her home, she felt it a small sacrifice to be with the person she loved.

At first, Joo Ri did not mind that life outside Pyongyang was less glamorous. All she wanted was to care for her family and lead a happy life. However, adversity and hardship started to wash over her in slow, steady waves. By the time she gave birth to her second child, her family was chronically short of food and resources. Thus, Joo Ri decided to obtain traveling passes to Pyongyang and sell goods on the route to and from her home. While this was able to sustain a life for her and her family, she started to feel trapped, suffocated, and helpless. The life she had led in Pyongyang was nothing but a memory.

After losing her husband, Joo Ri realized that she could not take living under such bleak oppression any longer. In the dead of night, she was successfully able to sneak through the border into China. Immediately after crossing, she had to go into hiding for months before eventually being sold as a bride to a Chinese man. Unable to let her guard down, she lived in constant fear and anxiety, restricted to her home, until one day the local police conducted a raid where she was caught, detained, and immediately repatriated to North Korea.

Joo Ri was sentenced to over a year in a forced labor camp where she was barely fed, and forced to work more than half the day without rest. Experiencing such ruthless treatment only made her crave freedom more, and immediately after being released, she took to the border again. This time, however, she was unsuccessful. She was caught attempting to cross the border and sentenced to more than 3 years in a re-education camp.

There, she was stripped of her name, hit, slapped, punched, beat, kicked, hung by her wrists from the ceiling, and pushed into a water well, the water level sitting over her knees, where she was forced to stay for a month. In order to survive, she ate bugs and leaves, but she still lost all of her hair and all but one of her top teeth due to starvation.

After being released from the re-education camp, Joo Ri went back to her hometown so she could recuperate and gain back her strength. During this time she had more than seven people, from friends to secret police, spying on her at any given time. Unable to give up the desire for happiness, but now fueled by anger and resentment for the people who had done so much wrong to her, Joo Ri snuck out in the middle of the night, making her sixth attempt to cross the border. This time, she was able to make it into China, and by a stroke of luck, connected with LiNK's network.

Joo Ri is overjoyed to start her new life in South Korea. Even though she suffered so much, she has not lost her sense of compassion, and hopes to work with resettled North Korean children and elderly people. She has also started writing a memoir depicting her life.

Joo Ri hopes to bring light to the situation in North Korea and advocate for the friends and family she left behind.

Thank you for helping supply the funds for Joo Ri’s rescue. Your efforts have changed her life and have provided the opportunity for her to enjoy her new liberty.

START A RESCUE CAMPAIGN or  DONATE

Movies, TV shows, and music hold power. They’re a way for us to connect through common experiences, reckon with different sides of humanity, and revel in the beauty of being here at all. They transport us to another time and place- perhaps one of our imaginations- and most importantly, allow us to dream and imagine a limitless future.
‍

In recent years, South Korean media and entertainment has gained international recognition. People like Hyun Bin and Son Yejin, the stars of popular Korean drama Crash Landing on You, have become household names, while Parasite swept the 2020 Academy Awards and music from K-pop groups like BTS are charting globally.

Meanwhile, just across the border, North Korea remains one of the most closed societies in the world. Yet even in the “hermit kingdom,” foreign media is accelerating empowerment of the people and change within the country!

The North Korean government has maintained power for decades through a system of imposed isolation, relentless indoctrination, and brutal repression. A complete monopoly on information and ideas within the country has been key- outside media threatens to challenge the legitimacy of their propaganda, and by extension, their control.

The 2014 United Nations Commission of Inquiry on Human Rights in North Korea reported an almost complete denial of the right to freedom of thought, conscience, and religion as well as of the rights to freedom of speech, opinion, expression, and association.

The regime employs a range of strategies to enforce information control:

The Spread of Foreign Media

Despite this isolation and unparalleled internal restrictions, the North Korean people have been quietly changing their country from within, including through foreign media access. Through market activity and the movement of people and goods across the Chinese border, they have forced the gradual opening up of their society. Movies and music are smuggled into the country on USBs, SD and MicroSD cards, and small portable media players, offering illicit access to information from the outside world.

With lights off and windows shuttered, North Koreans will watch foreign media despite the risks. If all else fails, bribes are a way for people to reduce punishment if caught. Most North Korean police and government officials rely on bribes to survive, and some defectors complain that they are actually the biggest consumers of foreign media because they confiscate so much.
‍

Within North Korea, a broad range of information technologies are available, although they should be registered with authorities. Laptops and computers officially run on a government operating system, Red Star OS, while the North Korean intranet, Kwangmyong, is air-gapped from the internet and heavily surveilled. However, in practice, many North Koreans have non-networked devices used for games, editing software, watching videos, and to copy, delete and transfer media on removable devices.

Mobile phones are also common with approximately 6 million on the North Korean network, meaning roughly 1 in 4 people have one. These North Korean phones generally cannot make international calls and the operating system limits users to approved state media (programs have been developed to bypass this security). On the other hand, smuggled Chinese phones can be used in border regions on the Chinese network. These have been crucial for staying in touch with relatives who have escaped or defected, who often send back money and information from the outside world.

Radios are the only channel of foreign media and news available real-time across the country. While they should officially be registered and fixed to North Korean stations, it is relatively easy to tamper with radio sets to pick up foreign broadcasts. In border regions, some TVs can also pick up live programming from South Korea and China. Traditionally, TVs were connected to DVD players, but newer LCD televisions also have direct USB input ports.

Among foreign media, entertainment from South Korea is particularly attractive, produced in the same base language by people with the same ancestry. They contain glimpses of rich and free realities just across the border. In comparison, domestic North Korean media seems old-fashioned and disingenuous, designed to reinforce the regime’s ideologies.

As North Koreans learn more about life, freedom and prosperity in the outside world, and their own relative poverty, the regime’s ideology and control are eroded.
‍

“At first you see the cars, apartment buildings, and markets and you think it must be a movie set. But the more you watch, there’s no way it can be just a set. If you watch one or two [movies] it always raises these doubts, and if you keep watching you know for sure. You realize how well South Koreans and other foreigners live.”

Foreign media also facilitates shared acts of resistance. People will swap USB devices with trusted friends and neighbors, increasing confidence in one another through a symmetrical transaction. Some people may also watch and discuss movies and shows together, increasing the media’s subversive influence and creating social networks.
‍
‍

During the pandemic, we’ve seen unprecedented levels of isolation and restrictions, closing off the country more than ever before. To buttress control, Kim Jong Un has simultaneously increased crackdowns and punishments on foreign media consumption. In December 2020, the “anti-reactionary thought law” made watching foreign media punishable by 15 years in a political prison camp.

While the situation is harrowing, the government’s extreme response underscores the power of foreign media. The regime recognizes that social changes driven by North Korean people are a threat to their authority and control in the long term.

Moving forward, increasing access to outside information is one of the most effective ways to help the North Korean people and bring forward change. 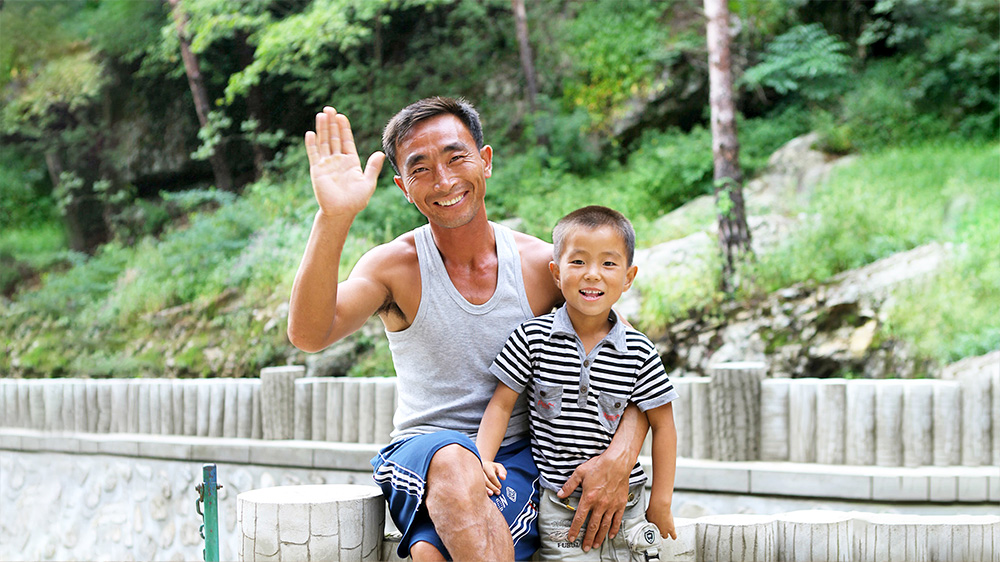 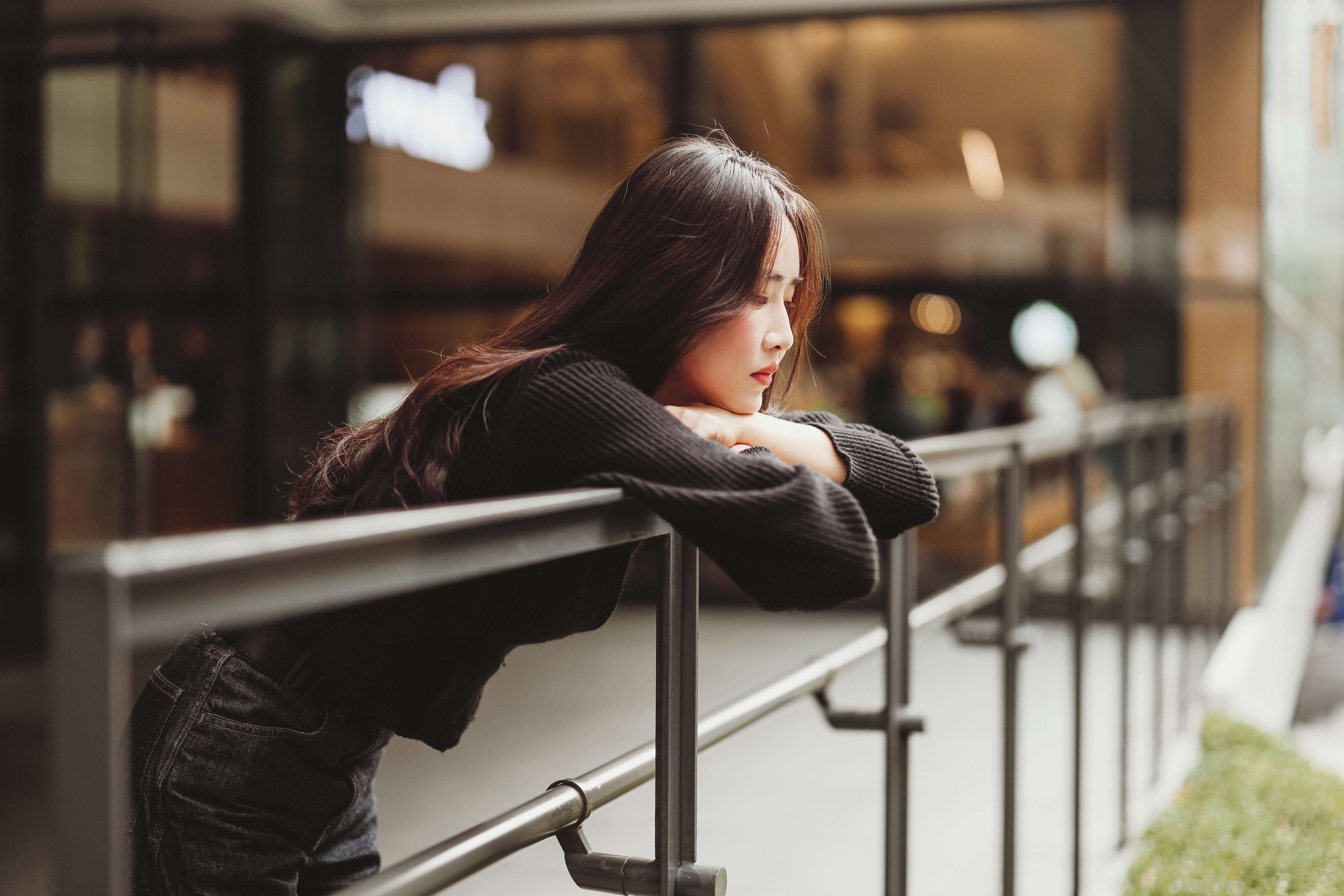 Humans of North Korea: This is freedom
Stand with the north korean people