Let’s be honest. We’ve heard them before, but some of these are just bad. Here are 4 myths about North Korea and why they're completely wrong!

Myth 2: The North Korean people are all brainwashed.

Goosestepping soldiers and images of hysterical crowds cheering for the Kim family are what the regime wants the world to see. But it’s definitely not the whole picture Even the regime’s tight control does not stop the North Korean people from becoming more aware of the outside world.

New technology and smuggled foreign goods in the Jangmadang (markets) give North Koreans new outlets to the outside. And this access to illegal foreign media is eroding loyalty to the regime. Just like any other person, North Koreans binge-watch South Korean dramas and Hollywood films—even without WiFi! Where there’s a will, there’s a way!

Yes, the North Korean people face the world’s most authoritarian regime. But they are shaking up the status quo and challenging the regime’s control at the grassroots level. They’re starting businesses and those who are able to escape are sending money and information back into the country. The changes they’re driving are irreversible and are small steps towards change and opening inside North Korea. Time and time again, North Koreans prove their resourcefulness and resilience in a system that has failed them.

Myth 4: There’s nothing I can do for the North Korean people.

Wrong! Though it may seem like North Korea is an issue too big for any one person to solve, you can still make a direct impact on North Korean refugees today by following any of these steps:

3. Start a rescue team to fundraise and spread awareness about the North Korean issue in your school or community.

4. Start a fundraiser on Facebook to fundraise in your community to help rescue refugees.

One of Squid Game’s most captivating characters is Kang Sae-byeok, a tough-as-nails North Korean defector who wants nothing more than to reunite her family. While she and her little brother managed to safely reach South Korea, their father was killed during the border crossing and mother was captured.

Sae-byeok’s story reflects the real experiences of the North Korean refugees we work with who have risked everything for freedom. Many were separated from family, have little support when resettling, and face prejudice.

The Perils of Defecting

Crossing the heavily guarded border between North and South Korea is virtually impossible. Instead, refugees must escape through China and journey 3000 miles through a modern-day-underground-railroad to safety in Southeast Asia. This has only become more difficult with pandemic-related restrictions on movement and border lockdowns.

If caught fleeing North Korea or arrested in China, which doesn’t recognize defectors as refugees, North Koreans will be sent back and face harsh punishment - brutal beatings, forced labor, and even internment in a political prison camp.

This is the reality that people like Sae-byeok’s mother face.

Still, thousands of North Koreans have risked everything to seek a better life. An estimated 33,000 refugees have resettled in South Korea.

“I wasn’t sure if I would see my family again because of the possibility of getting caught while escaping to China. Before I left, I got some opium and carried it underneath the collar of my shirt so I could take it to kill myself in case I got caught.”

Once they reach safety and begin their new lives, refugees face a new set of challenges. Some have described the experience as stepping out of a time machine, 50 years into the future. Amidst figuring out the everyday intricacies of modern life, many refugees are still coping with the trauma of their past.

In addition to struggling to make ends meet, Sae-byeok faces social pressure and stigma as a North Korean. She deliberately masks her North Korean accent around everyone except her brother and is subjected to remarks about being a “communist” and “spy.”

While it is not specified how her brother ended up in an orphanage, one can assume that Sae-byeok left him there in hopes that he’ll receive care and education that she cannot provide. Tragically, the difficulties of establishing a new life in South Korea separated her from her family once again.

“At first I struggled a lot. There were many times when I either didn’t understand South Koreans or they didn’t understand me due to our different accents and words...Another difficulty was loneliness…I still feel lonely from time to time. I really miss my family.”

Hoping to bring her mother to South Korea, Sae-byeok was in contact with shady brokers who scammed her of her money. It can cost tens of thousands of dollars to fund these risky escapes, especially directly out of North Korea, and then from China to Southeast Asia.

With the prize money from the games, Sae-byeok hoped to reunite her family and live under one roof again.

This is Not Where the Story Ends

Working with the right people who can help safely smuggle people across borders is the real deal. Liberty in North Korea helps North Korean refugees escape safely through a modern-day underground railroad, without ANY cost or condition.*LiNK’s rescue efforts begin in China

LiNK reunites families, supports their new lives in resettlement, and helps individuals, like Sae-byeok, reach their full potential in freedom.

When LiNK’s field staffer told me I was finally safe, I was overwhelmed. I had endured so much to make it this far - hard labor, imprisonment, and torture. And even though I was overjoyed to make it to freedom, I was deeply saddened that [my daughter] Hee-Mang wasn’t with me… I hold onto the dream that one day we will live together again.”

Read the story of Jo-Eun’s journey to freedom here.

When North Koreans successfully resettle, they become some of the most effective agents of change on the issue by sharing their stories with the world and sending money and information back to their families in North Korea.

Kang Sae-byeok’s story has come to an end, but you can do something to stand with the North Korean people today. 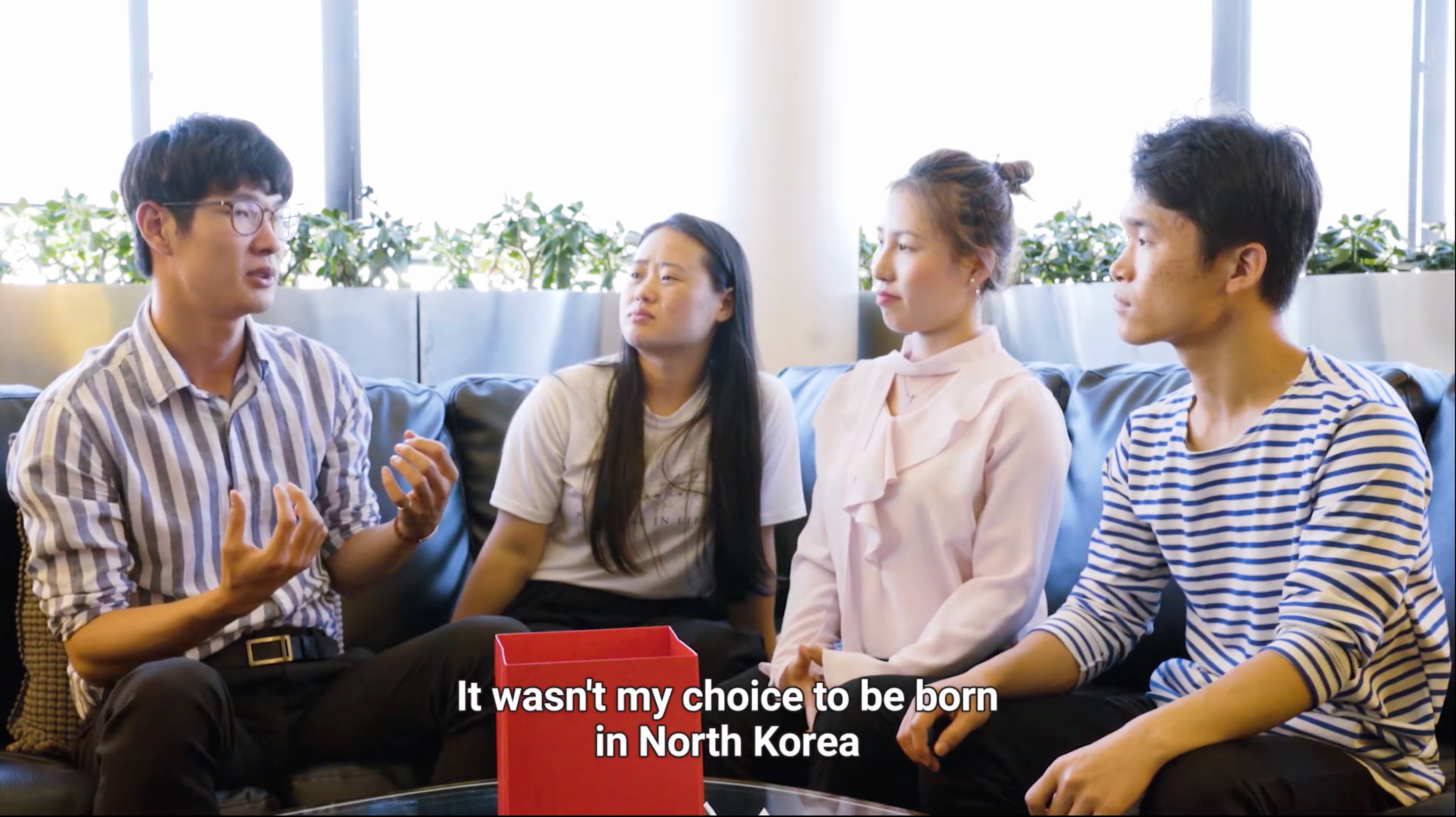